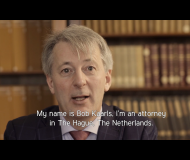 Interpol: How to challenge an international arrest warrant (red notices and diffusions)?

Our law firm offers unrivalled expertise in the handling of (preventive) Interpol (red) notice removal requests.
We represented numerous (high profile) individuals from all over the world. Our Interpol lawyers have an outstanding track record in successfully challenging Interpol alerts.

Interpol is an international network of police forces from countries all over the world. The goal of Interpol is to assist police forces in different countries to cooperate in order to solve crimes. Every member country has their own Interpol branch called a National Central Bureau (NCB).

Notices are international alerts used by police to communicate information about crimes, wanted persons and threats. Interpol uses eight types of notices; red, blue, green, yellow, black, orange and purple. Seven of these notices are colour-coded by their function.

The General Secretariat of Interpol publishes notices either on its own initiative, or based on requests from National Central Bureaus (NCB) or authorised international entities. All notices are published on Interpol’s secure website. Extracts of notices may also be published on Interpol's public website if the requesting country agrees.
The General Secretariat of Interpol can only publish a notice that meets all legal requirements. For example, a notice will not be published if it violates Interpol’s constitution, which forbids Interpol from undertaking activities of a political, military, religious or racial character. The General Secretariat can refuse to publish a notice that it considers unadvisable or a potential risk.

Similar to the notice, a diffusion is issued for the same purposes as notices but sent directly by a member country to a country of their choice. A diffusion is like a red notice an international alert which notifies law enforcement authorities in one country that those of another country are seeking the arrest of a specific person. Other than a red notice a diffusion is not published by Interpol at the country’s request. Diffusions and red notices can have many of the same effects.

In case of an outstanding red notice or a diffusion there is a significant risk of being arrested, both at home and when travelling. In many countries, border agents and police officers are required to arrest persons subject to red notices. Furthermore one can be confronted with the closure of bank-accounts. An outstanding arrest warrant may affect your status regarding employment, professional status and personal reputation.

Interpol ​red notices have a standard validity of five years, unless the alerts are withdrawn earlier at the request of the issuing state or upon a decision of the General Secretariat of Interpol. The duration of validity can be extended at the request of the issuing state, for example if the individual wanted has not been arrested yet. One should not to assume that after five years have passed there is no longer a valid and active alert. There is a significant chance that the red notice will still be active.

Subject to a red notice or diffusion; how to know?

It is not always easy to find out whether or not you are subject to a red notice or diffusion. In order to find out you may consider next steps:

How to proceed with a request for the removal of a red notice or diffusion?

You may consider next steps:

It must be said that the rules of Interpol are complex and it is advisable to contact one of our lawyers with experience of dealing with Interpol red notices and diffusions.
The nature and grounds of any challenge will vary from case to case, but in summary the following key elements should be considered:

Therefore a red notice or diffusion must be removed because:

A red notice or diffusion must be removed also because the case is not serious enough. This is decided by looking at the length of the sentence. There are two elements:

The Rules on the Processing of Data sets out specific criteria for 'publishing' red notices. For example 'publication' of a red notice is prohibited:

Interpol will have to weighs up the ‘political’, 'human rights' and/or 'civil' aspects of a case against the ‘ordinary-law’ (criminal) aspects to see which ‘predominates’ in order to determine whether or not a red notice complies with its constitution and rules. In order to get a removal decision Interpol must be informed about the relevant aspects of the case. Sometimes detailed and well-researched information must be shared with Interpol.

This means that we have to inform Interpol if possible in detail about:

Our lawyers  know how to deal and how to communicate with Interpol and in particular with the Commission for the Control of Interpol's Files (CCF) in order to prevent that local NCB's, local officials, will misuse or abuse (confidential) information.

If you expect that an Interpol notice will be issued in the near future and there are serious reasons to believe that the Interpol alert will not be compliant to the rules and regulations of Interpol, we may submit a preventive request at the Commission for the Control of Interpol’s Files (CCF). Preventive requests aimed at blocking any processing in Interpol's files of data sent by national authorities which are likely to send requests for cooperation through Interpol channels. Interpol regulations require that data processed in the Interpol information system must be accurate, relevant and not excessive in relation to their purpose and up to date.
In terms of Article 36 of the Constitution of Interpol, the CCF is an independent body which shall ensure that the processing of personal information is in compliance with the regulations of Interpol. The rules on the control provide that the CCF shall ensure that the rules and operations relating to the processing of personal information by Interpol will not infringe the basic rights to the people concerned, as referred to in Article 2 of the Constitution, which refers in turn to the Universal Declaration of Human Rights.

Timeframe of the CCF procedure

Our law firm offers an unique expertise in the removal of Interpol alerts. Our Interpol attorneys at law handle complex cases regarding red notices, diffusions, yellow notices, green notices and blue notices (see a few examples and media).
If necessary, we cooperate with our international legal network. Our lawyers can provide you with legal assistance in matters regarding criminal law and extradition law worldwide.